All About Me and Texas Master Plumber, LLC. 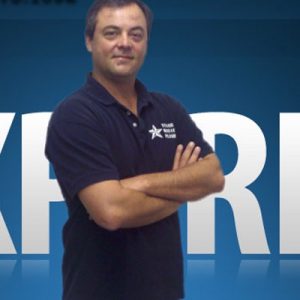 Hello! My name is Ronald Goyne. I am the owner of Texas Master Plumber. I started this business in 2005 and have been in the plumbing service and repair industry since 1989.

I was a “grunt” and a “gofer” for the first couple of years of my career. I was hired on as an electricians helper. I pretty much did whatever was asked of me (and then some). I road with electricians, HVAC technicians, appliance technicians, and plumbers. I was installing condensers, evaporators, furnaces, running wires, digging ditches, crawling under houses and through attics. I remember working 10-12 hour days and when I was dropped off at the shop, I would help answer the phones in the evening (off the clock) until the traffic died down on the freeways before I drove home. I wanted more than just to be a service technician.

See, nobody goes through school saying, “I think I want to be a plumber when I grow up.” It wasn’t until after graduation that I realized, I wasn’t going to college. I was making/delivering pizza’s at the time and new I couldn’t make a decent living at a part-time job. I’d have to own that pizza joint or find a full-time job doing something else. Having this epiphany one evening, I asked my mother this rhetorical question, “What am I going to do with my life?” She didn’t see it as rhetorical. She handed me a piece of paper with a phone number on it and said, “Call your uncle.” My whole family was in the plumbing and HVAC industry in some way, shape, or form. And so I did! I started that following Monday morning.

Getting Into the Grind

Being that I was not a morning person, it was going to be very challenging for me to get there every morning by 7:00 a.m. I grew up and still lived in Clear Lake City (halfway to Galveston). I was going to have to drive across town to the Spring Branch/Memorial area (close to the Galleria) at Silber Rd. and I-10, fighting traffic, both ways, for minimum wage!!!

It didn’t seem worth it at first. But, when you work 70-80 hours a week and that overtime pay kicks in, you make in a week, what I was making in a month at the pizza place. I was learning a trade too. I was learning a trade that would put gas in my car, food in my mouth, and support me for the rest of my life. It was all starting to come together. I had direction in my life…for the first time, in a long time.

With the hours I was working, I was able to get the hours I needed to go take my test for my Journeyman Plumber License in less than 3 years. I got my license to practice plumbing in the spring of 1992 and I had my Type I & II EPA certification to handle freon for HVAC. I ran a “combination” truck (Plumbing and Air Conditioning/Heating) for about 3 years and damn good at it. I bounced back and forth between Air Conditioning in the summer, Heating in the winter, and Plumbing in the spring and fall before I respectfully told my boss I was no longer willing to do the Air Conditioning and Heating side of the services they provided their customers. It was extremely taxing on my body with the hours I was working and the hot attics in the summer. Every time I’d go to a customer’s hot house and get them cooling down to a comfortable temperature, I would have to leave and go to another hot house. I have a lot of respect for HVAC technicians but it was too much for me. I was a plumber!

As I said before, I would stay late to let the traffic die down before making the long drive home to Clear Lake City. Having nothing to do while I waited, I met new people in the office, made some friends and helped them answer the phones for a couple of hours each night. They showed me the ropes and trained me on the computer so I could book the calls too. After several months of helping, the word got back to upper management and they thought it would be a good idea if I helped dispatch every night and on weekends. No pay raise but it seemed like a promotion to me. Less crawling under houses, through attics, digging ditches, clearing sewer drain lines, etc. You know, all the dirty work a service technician does. I was learning about another aspect of the plumbing business. I was learning the operations: scheduling, dispatching, estimating, quality control, customer care, etc. Eventually, they moved me to a supervisor role and put me in the office permanently. By this time, I had moved and I was living on the other side of town in Bear Creek off of Hwy 6 and Clay Rd.

In 2002, I was offered another promotion as the plumbing manager at their new location in South Houston. I know…I was driving back to the other side of town, again! It was just as far as it was when I started with the company. No problem though. It was a step in the right direction. I was in management now. There was just one stipulation. I had to get my Master Plumber License. I had the hours and the training so, why not? It was a little stressful but I passed on the first try. Behold, I was a Master Plumber.

Over the next two years, I took on the role of Operations Manager for the Plumbing, HVAC, and Warehouse at the South Houston location. It had its ups and downs and eventually business slowed to a crawl. The company made numerous cuts throughout and I was laid off by my uncle and best friend. I think…no, I know, they took it harder than I did. They were devastated. I was fine. It was becoming a little too political for me in the corporate world that had engulfed the company since it was sold to an investment company in 1996. It was the best thing that they could have ever done for me but seemed like the worst at the time.

A Season of Change

I bounced from one company to another trying to either, start a plumbing division for an HVAC company, water, and fire restoration company, or save the service department at a plumbing company. The problem with this practice is that none of these companies wanted to let me do what I knew how to do. They wanted me to do things their way. Understandable! It’s their company. The other problem? Their ways weren’t working. So, I left the last company with a chip on my shoulder. I was determined to show them all I could do it. I was determined to take the tools that my mentors, my uncles, and my friends had given me and I started my own business. I needed a DBA and insurance.

That’s My Story and I’m Sticking To It!

Thank you for reading my story. It’s been a long road to get to where I am today and I appreciate everything the world has given me to make it this far. I couldn’t have done it without the support of my friends, my family, and of course, you, the customer!

I want to wrap this up by saying, I want to be your plumber. Whether you live in Houston, Pearland, Sugar Land, Seabrook, Spring, Katy, Kingwood, Kemah, Alvin, Bellaire, Hedwig Village, Piney Point, Hunter’s Creek or anywhere in the Houston Metro Area, I’m your plumber!!! I fix things. When you call the other guy and he can’t figure it out, call me!!! Service and Repair Plumbing is what I’ve been doing my whole career. This is my forte. I’m a big believer in the old saying, “If it ain’t broken, don’t fix it!” I will never do more than what needs to be done to repair or replace any of the plumbing in your home. From drain cleaning to gas testing, to water heaters, faucets, and commodes, I will get the job done right…or I won’t charge you!!!

Houston Customers Free Haul off of old Water Heaters on all new installations !

Since 2002, the HomeBlue Contractor Network has serviced America's home construction needs. Over 20,000 matches every month. We are proud to partner with HomeBlue and would like to refer our trusted clients to them for all of their service needs.